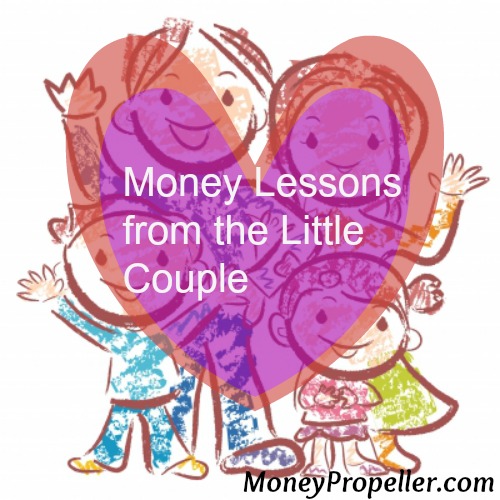 One of my favourite shows is The Little Couple. Especially since Jen Arnold and Bill Klein adopted their two adorable children – Will and Zoey, I can’t get enough of this family. If you’ve never seen the show before, it chronicles, in a reality style format, the life of a married couple who are little people. Both have different forms of dwarfism (also referred to as skeletal dysplasia). They recently adopted two toddlers who are also little people. You can’t put a price on cuteness in this family, who also support many causes and charities. Jen is a neonatologist, working with premature babies at Texas Children’s Hospital and Bill is a business consultant and owner of their own pet store – Rocky and Maggie’s Pet Shop. Jen has recently recovered from stage 3 uterine cancer and I join many who wish her all the best with continued good health. Obviously they have a very lucrative side hustle – their TV series which is shown on TLC (The Learning Channel) as well as many public speaking engagements. But rather than focus on their income, I’d like to discuss three money lessons I have learned from watching this show. I’ll let you be the judge of how financially frugal this family is.

Like most women, even self admitted reformed now minimalists, Jen loves to shop. Of course finding clothing that is suitable for her stature (tiny) that doesn’t look like children’s clothing, is a challenge. Consequently, she often will buy some clothing and later decide that she doesn’t like it or it doesn’t fit right. But, to the frustration of her loving husband, she NEVER TAKES ANYTHING BACK! She admits this is her failing and should be more diligent in this regard.

Cooking at Home Versus Eating Out

We often see the family eating out at restaurants during an outing or for a special occasion. But we also see them cooking at home. Bill seems to be the chief cook in this family. Their busy lifestyle is probably to blame for eating out more than what is optimal if you want to manage your food costs. I honestly don’t think this is a problem for the Klein family, as their income can probably support this. However, other than being a ‘little’ family, their life looks familiarly normal to most of us watching. They love to go on outings together like any family today. We can relate to the activities that they like to do, and when we see them eating out at restaurants a lot, we may think that is usual family activity as well. Except that it should not be, unless you have an income that can sustain this type of lifestyle, without sacrificing your debt and retirement obligations in the short term.

This is one area where Jen and Bill treat things simply. Sure, they do take their kids to kiddy amusement parks and on horse wagon rides – all things that you have to pay for, but what parent doesn’t? They don’t seem to be incredibly expensive activities, and I haven’t seen a trip to Disney World yet on their show, but I’m sure it’s coming. (And why not? 😉 ) Most of the time we see them doing basic playtime activities at home or in their neighbourhood like walking around the block with the kids on bikes, painting, playing with bowling pins or cars, reading, baking and just plain horsing around on the floor. All of these activities are pretty cheap (or free) but are examples of what kids really want from their parents – just to spend time together.

So, on a scale of 1 to 10, how financially frugal do you rate the Little Couple? Do you see similarities with your family? Do you think Jen and Bill are setting examples for their kids on how to be financially savvy?

Debs (debtdebs) is a fifty-something wife, mother and new grandmother, who admits to having her “head in the sand” about their financial situation until amassing $247,500 worth of consumer debt for a total debt of $393,500.  With $121K paid in 2 years and four more years to go, she’s sharing her journey where she writes at debtdebs.com.  Motivation, ideas, and some pity parties abound but mostly she’s all ears for those coping with poor money management decisions, and who are ready to fix things once and for all!