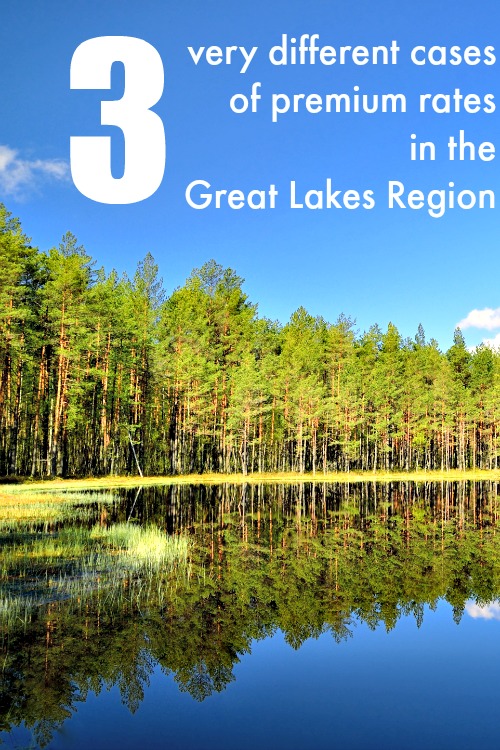 Auto insurance isn’t entirely the same from state to state. While the basic idea of coverage is continuous, every state demands something a little different. The important thing to know is which states have the highest and lowest rates so you can be aware of what an average car insurance premium should be.

As How Stuff Works: Money spells out, the state of Michigan is a state where premium insurance rates run a little higher. But as the saying goes, “you get what you pay for.”

Despite Michigan’s rates being higher, motorists in the state have better coverage and a better time filing their claims after an accident. The quality of insurance is not up for debate when it comes to being in Michigan. Only the cost is worth discussing. Michigan’s annual premium rate comes to just over $1,100. The question is, why are the premium rates in Michigan so high?

The major reason Michigan’s rates are so expensive is because state law requires there to be unlimited medical benefits to anyone who is a victim of a car accident, for life. This means if you have caused an accident and the other driver is injured, your insurance will cover the costs for as long as the injury persists.

Take a look at the following qualifying words: “anyone,” “unlimited,” and “for life.” You should instantly be able to see why this can quickly become very costly to your insurance company. This is why Michigan ranks #6 in the top 10 states with the highest auto insurance rates.

The long and snowy winters in Pennsylvania take can take a toll on the cars on the street. Not just that, but driving through more heavily wooded areas in the colder months also results in more deer collisions.

Believe it or not, one of the biggest problems with auto coverage in Pennsylvania is the deer population, because while any animal can get hit at any time, the accidents increase in frequency during hunting season. Consider how large the state of Pennsylvania is, and you it’s easy to see the frequency of deer claims adding up quickly. As Bankrate reports, October to January can be the peak season where deer claims are through the roof, and because deer aren’t insured, it can be a major headache for insurance companies as well as a significant factor in Pennsylvania’s increasing rates in recent years.

III has found that Pennsylvanians spend an average of $840 a year on car insurance. While it certainly isn’t the highest rate in the country, it’s still a good amount of money to spend on a “what if” scenario.

While Michigan may be one of the most expensive states when it comes to insurance premiums, Wisconsin is one of the more affordable.

When you consider the types of premiums and car insurance Wisconsin offers, paying other states’ rates may be difficult to swallow.

As you can see, the reason for some of these discrepancies in insured rates isn’t due to the insurance companies, but rather other each state’s outside forces. This is why it’s important to remember where you are going and what that state offers. Only then can you begin to understand the types of premiums you’ll be dealing with, and the amount of coverage you should opt for.