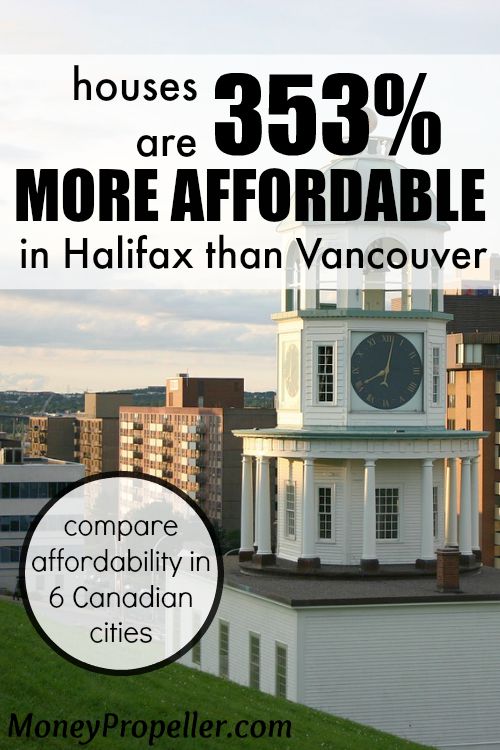 I’m sure that I’ve mentioned it before, but I commute to and from work with a group of people. Lots of chats happen on the van, like the one where we were dreaming of winning the lottery, which was followed by how people lost permanent teeth while playing hockey and being teenagers. Some conversations are good, some aren’t so much.

Anyway, I inadvertently instigated a conversation on a topic that irks me. People don’t realize how rich they are. “People can’t afford to live here and buy houses with just one income.”

That’s exactly what I said. Bullshit.

I live in an area with high incomes, relative to the rest of the country. My particular town has a moderately high housing price point, but it’s got nothing on Greater Vancouver, or Toronto.

The problem with a lot of my ideas is that they take a decent amount of research. Given that a lack of appreciation for how low house prices are, relative to local incomes, is a pet peeve of mine, I am going to run with it so that you can compare your own real estate situation with all of these major cities in Canada.

Here are the data sources and notes. There are a LOT of assumptions made!

Let’s All Move to Halifax!

The ratio of house price to median household income Halifax is 353% less than that in Vancouver (3.26 vs 11.51).  That’s a massive difference my friends.

Naturally, things aren’t quite that simple, we can’t all just pick up and move to Halifax.  Plus, income tax rates are substantially higher in Nova Scotia compared to other provinces.  That has an effect on net income, and what is left over after paying for a mortgage.

That said, I would also put forth that folks in Halifax are even better off than the numbers suggest, due to the size of the informal economy that exists in the eastern provinces.  There is a lot of swapping of services, swapping of goods, bartering and “I owe ya one” exchanges down east.

To the many who live in Vancouver and the GVRD, sorry, but the City of Vancouver’s detached houses just aren’t feasible purchases for most.

Observations on Real Estate in Canada

Obviously, I had to make a lot of assumptions to come up with scenarios which compared city to city, but holding these things constant gives quite a solid picture of the housing situation in these cities.  As an example, there may be fewer detached houses in one city and so people live in townhouses.  The detached house prices would therefore be higher and not representative of what the general population purchases.

More Questions on Affordability and Housing

Other questions I would love to answer (you know you wish you were in my mind, this is how it always goes, asking eleventy more questions):

Comments on Real Estate in My Town

Did anyone else notice that my town has the second highest median household income, after Calgary?  I sure did.

Many of the house prices here are tightly grouped around that $467,000 figure, too.  If you were to walk up to me and ask the price of a “standard” family house here, I would tell you that almost everything is between $450 and $550k.  There are also older, smaller options in the $200s and $300s, condos starting at about $150k, and a few neighbourhoods in the $800k to $1.4M range.  That is to say that just because the median price is that high does not mean there are no options below it.

All in all, things here are pretty good.  Many other towns have substantially lower wages (though some also have lower house prices, yes).

I think that what you get for the average purchase price of $467,000 in my town is a house and yard that many people are happy to live in.  Those same people would probably not be satisfied with the average, $466,402 house in Calgary.  Granted, those numbers are a few years old, but I thought I would see what they would buy today.

Moving to much further out neighbourhoods in Calgary, $459,000 will get you a 3 bed, 1 bath, 1558 square foot house built in 1956 with some renos and a detached two car garage.  So one less bathroom, 300 fewer square feet, and 29 years older.  Plus a commute if you work downtown.  Not a terrible house, by any means, but you get less house at the average price point. 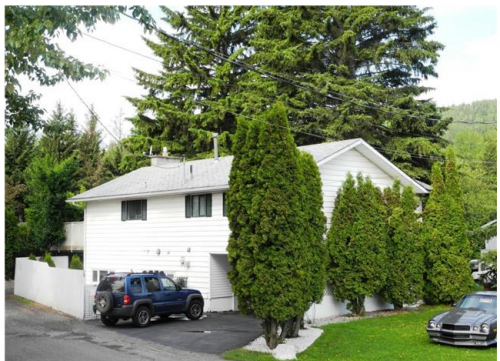 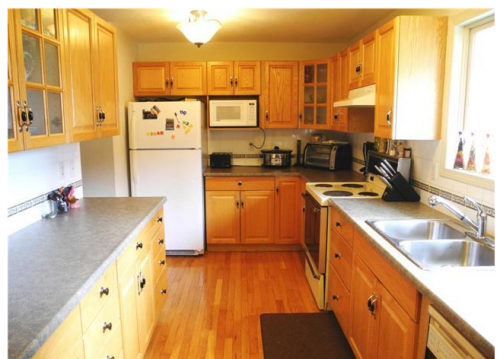 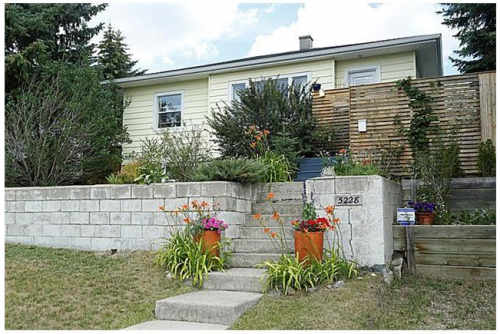 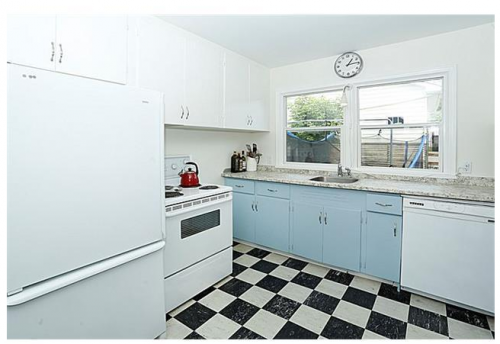 How Does Your Situation Compare?

I grew up in Greater Vancouver, in a city with high housing prices.  My spouse grew up in a Toronto neighbourhood known for high housing prices.  We live in a condo and often think about how much better off we are, compared to our friends in big cities, thanks to our wages and the relatively affordable housing here.  Plus, and this is a big factor, rent is fairly low here, making it much easier to save up for a down payment.  To partially clarify that statement, there are rental options that are quite affordable, we live in a much nicer place than we rented.

How does your city fair in this comparison?