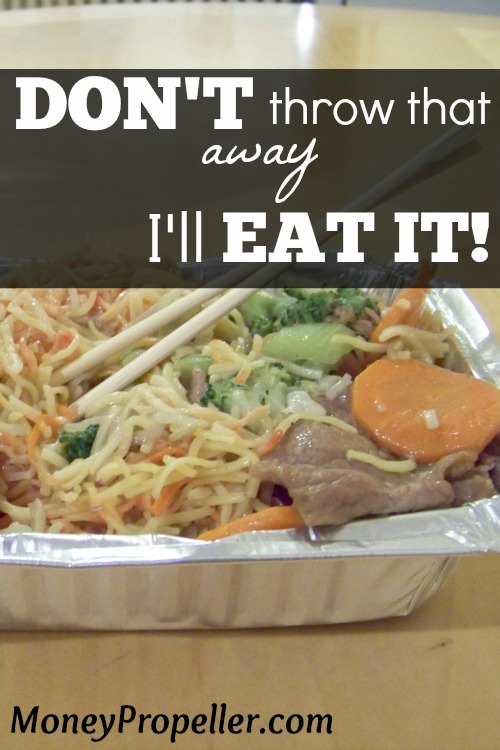 Most of the time, I think that I have pretty normal behaviours when it comes to surface level food and money things. I go out to restaurants, I buy a mix of things that are on sale and aren’t, I throw (way too much, unfortunately) food out because it goes bad, etc. When I’m at a restaurant, I will take leftovers home with me, if there are any, unless there is a reason I can’t – i.e. driving across the border, going straight to a club for the rest of the night, walking around for 8 more hours.

Once, not too long ago, I was away for a girls weekend. There were quite a few of us, maybe 15. Someone had organized Subway catering trays for us to eat for lunch one day. When we were done, there was 8-10 sandwiches left. I thought absolutely nothing of it, until MULTIPLE people were suggesting to just throw them in the garbage! I couldn’t believe it. There was probably $20 of food there, perfectly good, and they wanted to chuck it out! I thought it was odd when the first person suggested it, but to have people second and third the idea just blew me away.
More facts:
We were in a room IN our hotel’s building.
The 2 suites we were in had bar fridges.
We were going out clubbing that night. (HELLOOOO drunk food)
There was a variety of sandwiches left, it wasn’t like no one wanted the poor pizza sub or anything.
We were all chipping in to cover the costs of the weekend, it wasn’t one person deciding to toss money that they had spent themselves.

So, I insisted, and had to insist pretty strongly, that I would take them back to our room and that I wanted them. Low and behold, before dinner some of them had been eaten. We didn’t head out to dinner until 7 or 7:30. Fast forward to 2:30 am and with dozens of drunk girls around, there were no sandwiches left. Not a one. People even purposefully DIDN’T stop to buy drunk food on the way home, because they knew that there were sandwiches, in adding to the chips and water, waiting for them back at the hotel. Keeping those sandwiches probably saved six people (myself included, I chowed down when I got home!) $5-15 each. Keeping $20 worth of food turned into saving $50 or so. (Ahem, and not supporting the local economy by that, I’ll concede.)

So tell me, am I the weird one here? Have you ever had to defend leftovers in such a way? When I worked in a catering facility it pained ALL of us to have to throw everything away at the end of the night, but that was what the health rules stated we had to do.