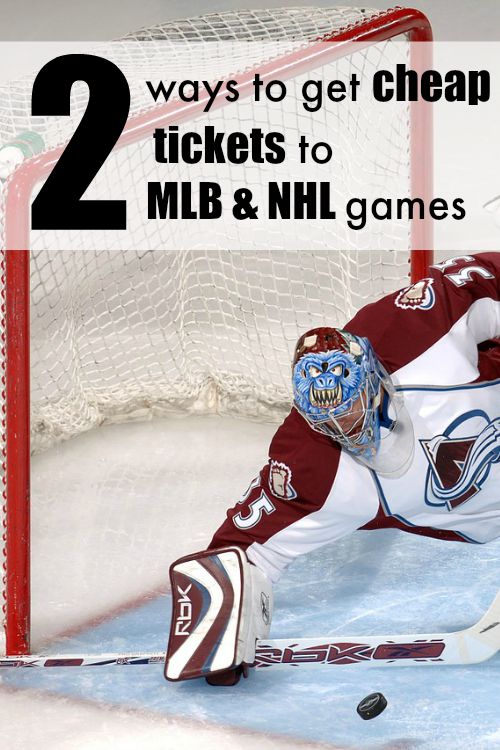 We are very into sports in our house.  What can I say; we’re from Pittsburgh!  As much as we love watching them on TV, there’s something magical about going to see a game live and in person.  The problem is that tickets to see said games can get crazy expensive.  So here are two hacks that we’ve found that save us a ton of money.  (As far as I can tell, these tips only apply to certain teams within the United States.  But maybe since both of these leagues cross our northern border, you Candians can start a sports-centered revolution to get the discounts you want! Or just educate me about the discounts you already have.  Whichever is easier.)

Use Your Kids to See Free Baseball Games

My ultimate favorite discount we’ve gotten because of having kids has definitely been the baseball team’s kids’ club.  The first year we discovered them, we just got the free version which included a stuffed animal or something and a booklet with a few free game tickets along with a BUNCH of buy one get one frees.  All we had to do was register our kid.  We literally didn’t have to pay anything.  And we got to go to quite a few games.  One was free, the others were 50% off.  Now we’ve inflated our lifestyle to the $25 level where we get twice as many free tickets, more Pirates’ tchotchkes, and opportunities to go to autograph sessions and run the bases.  We don’t even have to use the tickets on only the kids.  I’ll admit, we’ve taken them to most of the games we’ve attended, but there’s been once or twice we’ve used our free or BOGO tickets for a date night.

I’m not a big hockey fan.  (A sin, I know.)  So I never had the urge to use this when I was in school.  But I have a sibling, friends, and a husband who have.  There are a bunch of hockey teams that reserve a certain amount of tickets for students, usually both college and high school.  They then sell these tickets at student rush.  Traditionally what that meant was that so many minutes before the game, you would crowd around the box office and compete for your chance to get to the front of the line as soon as the student ticket sales opened.  (Some teams continue to do it this way or have reverted back to it.)

But many teams now use smartphones, the internet, or a combination thereof to get rid of those student tickets.  For some teams you can sign up for text alerts for when the sales are happening.  Sometimes you can only be from specific schools to purchase online.  But regardless of the way you purchase, tickets are typically only between $15-25, which I understand to be a steal.

Femme Frugality is a twenty-something who has had an obsession with personal finance since before entering adulthood. This obsession allowed her to graduate college debt-free, avoid any major consumer debt, and have a rocking credit score. She writes about money as it applies to all aspects of her life, including motherhood, travel, college, her recent wedding, or the nitty gritty day-to-day grind of earning and saving. Connect with her on Twitter or Google+.