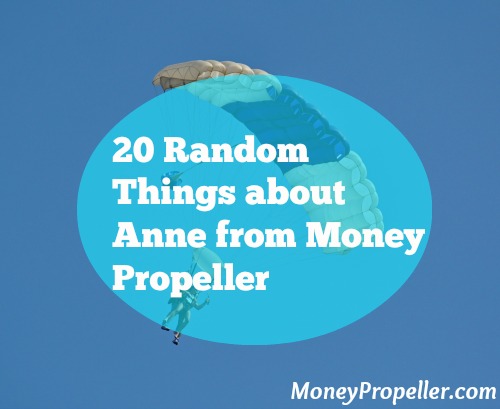 This post was 110% inspired by DC of Young Adult Money, and I have no idea who inspired him.  I do know that he got to a domain name that I wanted, long before I did!

I’ll have to admit up front that I find these types of things tricky, so some of these might be more entertaining to you than others!  Here goes nothing!

1) My favourite musician is Marilyn Manson. Yup. Bet you didn’t see that coming. Coma White is one of my favourite songs, ever. I danced to a lot of MM songs when I was in high school.

2) Figure skating is my sport of choice. Due to skating, I also took up jazz, which I can’t say I am very good at, but I really love it for the physical expression.  Yes, I still skate. I had some amazing role models when I was young, who were older ladies who got out there with us, now I’m that person to a bunch of younger girls. It’s pretty awesome.

3) I had intended to have a career working for international NGOs, GOs, or government. I am very, very far from that today!  Not that I am not still interested in doing so, but life has taken me a different direction completely.

4) I am a quasi-vegetarian. I can’t remember if I made that term up, or if I borrowed it from someone else years ago. To me, it means that I will still eat meat, but left to my own devices, I would just eat vegetarian food. I should write more about this one day.

5) I have mostly given up drinking coffee, after a doctor told me it would help increase my energy levels. It does, but dropping the coffee makes for a crappy two or three weeks!

6) I am a Jill of all trades, master of none. I take pride in DIYing all across the spectrum, from power tools, to making cheese, to baking, to crafting.

7) I am a stickler for grammar, when I recognize the faults present. However, I can’t see errors in my own work to save my life, and there are a million rules about grammar I don’t even know exist.

8) I barely ever wear makeup. My work is extremely casual. I end up having to buy new mascara basically every time I wear it, as a result.

9) Unlike a lot of bloggers, I am absolutely an extrovert. When I come home from big social events, I have to calm myself down so I can sleep.

10) I have never, ever, ever considered myself a writer. Now I do, sort of. It’s kind of a like a little joke with myself. That said, “my name is Anne, and I am a professional writer.” People pay me to write things, go figure!

11) I oscillate between being a Type A planner and going with the flow. Sometimes, I love planning things down to the minute detail. Other times, I don’t care at all and wing it.

12) I absolutely suck at golf and it is the only sport I suck at that drives me nuts because I suck at it. My spouse finds it hysterical to watch me golf. I curse like a sailor. My friend calls golf “whack-fuck” which is a bang-on description of observing my golf game.

13) I frequently have business and side hustle ideas that don’t make it off the ground, because unlike a lot of people I see, I think about the numbers on them before I do anything other than daydream about them. My minimum viable threshold is a lot higher than it would be if I was earning less than I do.

14) I was vice-president of the skydiving club at university. If I had the money at the time, I would be certified to skydive. There isn’t anywhere around where I live now, otherwise this would totally have happened by now.

15) I love to travel and have been to quite a few places, but obviously not nearly enough. I’ve been lucky enough to live in a few different countries.

16) I hate flying. I know that this doesn’t add up based on the last two points, but it’s true. Most people would never know, even if they were seated next to me on an airplane, but my heart rate goes way up, I get jumpy and I have to put effort into calming myself down. It’s annoying.

17) If my body and my pocketbook would let me, I would live off of cheese, glorious, delicious cheese.

19) I spend way too much time on gchat everyday, mostly talking with Kathleen from For Profit Blogging. We are constantly hatching new plans and motivating each other to actually finish the projects we set out to do. This site is an example of one of them. We have some pretty awesome stuff in the pipeline, too!

20) There are lots of outdoorsy activities where I live, but I don’t care for several of them. I do most of them anyway, but my lack of passion for them means my friends think I’m weird sometimes.

Pffft, who decided the list should be 20 random things?! That took a bit of creativity, that’s for sure. There’s a little bit more about me on the author page, too, if you want to go check it out.

Did anything surprise you on this list? Is there anything you would like me to expand upon in the future?